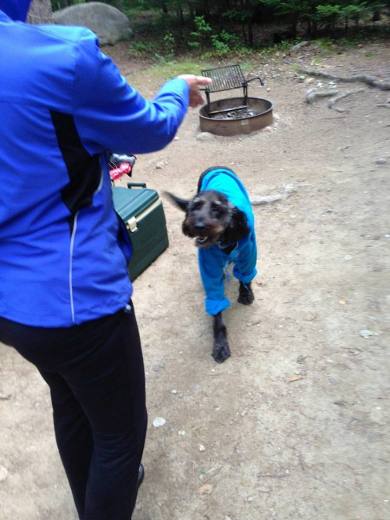 Samson on our camping trip last summer. It got so cold during the night that we got him a hoodie to help him stay warm.

Since the title of my blog is “Joy Runner” I thought it be fitting to write about my dog, Samson. If I had to pick any adjective to describe him, it would probably be joyful. He’s always happy, always wagging his tail, and just loves to be around people.

Samson is a great dog to run with. He has a lot of energy, so it’s good when it gets channeled into some exercise. He’s a labradoodle – or at least that’s what we think he is. Both Labrador retrievers and standard poodles are good for running with, so it only makes sense that Sam is also a good running buddy. Here’s a link that tells you what type of a running partner your dog is! Obviously all dogs are different and there are some types that are better at running than others.

We adopted Samson about four years ago from Golden Huggs Rescue. He had been found in Tennessee after his previous owner had fallen into financial difficulty. Sam had been left in a chain-linked enclosure with no food or water for three days. He was down to a mere 44 pounds. To give you some perspective he now weighs a healthy 70 pounds.

Luckily, the rescue helped him get back to good health. In the meantime, my mom found a picture of Samson online. We immediately fell in love with him and soon after went through the adoption process. When he was better, they brought Samson up north in a big trailer along with other dogs being transported to their new families. 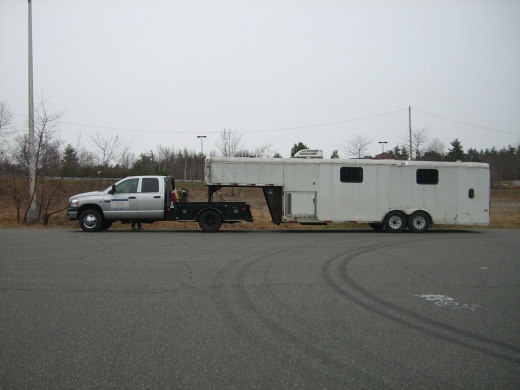 We were so excited when the trailer arrived!

meeting him for the first time!

Since then I’ve brought Samson on numerous runs, we’ve gone camping with him, and he’s even hiked with me up a few mountains! 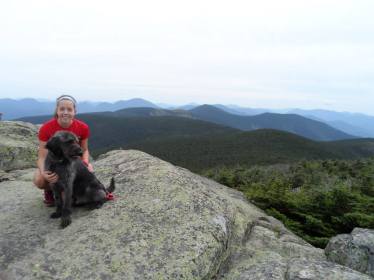 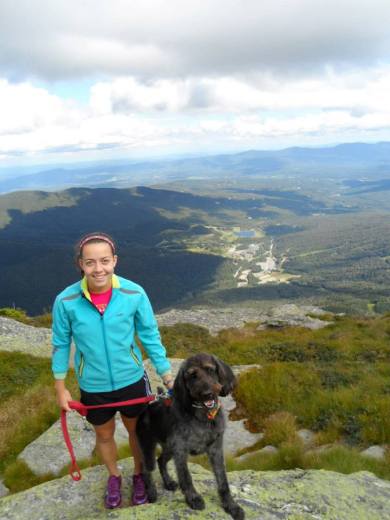 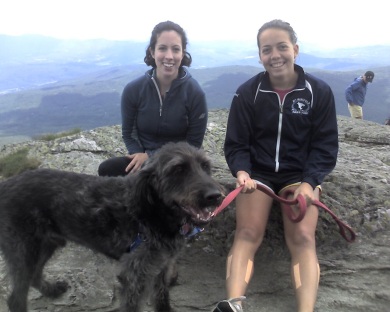 Samson has been the perfect addition to our family. We’re so happy that we adopted him. Here’s some pictures from Samson’s first winter in Vermont. 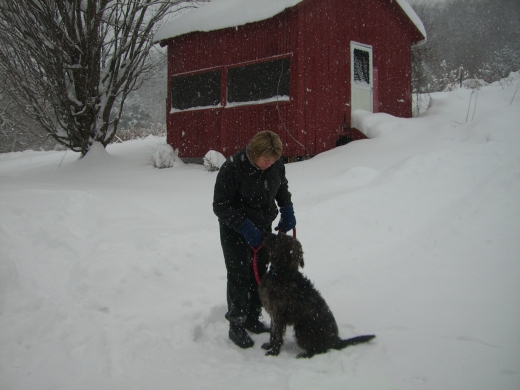 awwww, look at that face!

I’m also proud to say that the rest of our family also has rescue dogs. Here’s a photo from Thanksgiving this year. All 6 dogs are rescues!

Do you ever run with your dog? Is he/she good to run with?

7 thoughts on “My Joy Running Dog”